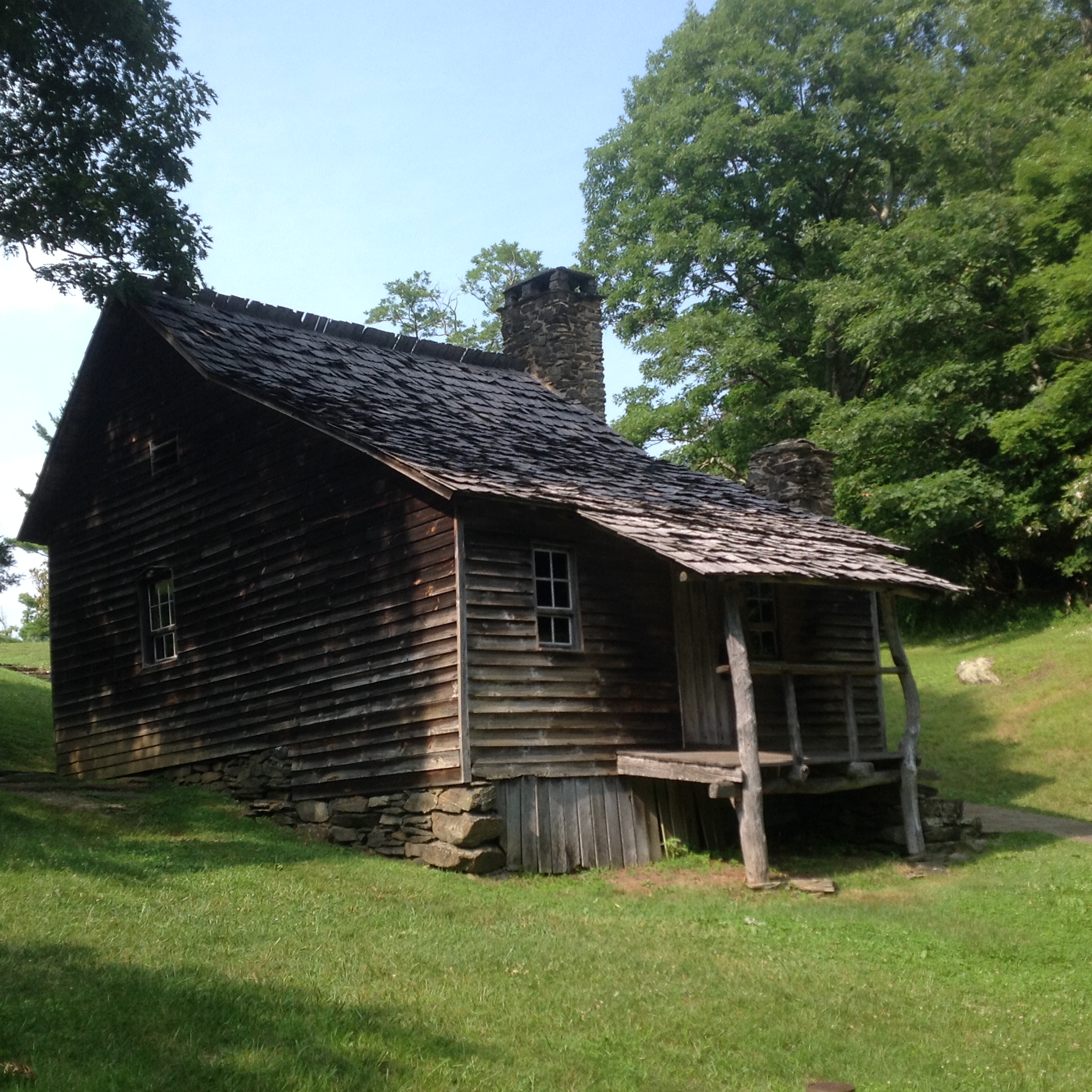 Published by Christopher Adam on October 14, 2020

Jim Gulledge’s novel A Poor Man’s Supper explores the drudgery of a harsh life in a rural, mountainous corner of North Carolina in the post-Civil War era, as well as those small, faint blessings in life that have the power to restore dignity to people who have been dehumanized by the conditions of the world. On the surface, A Poor Man’s Supper is a simple, multigenerational love story, with Manichean allegories of darkness versus light, the tattered, orphaned and powerless young knight versus the wealthy, older, corrupt and evil lord, and a doll-like country girl who is at the centre of their lives and this novel. Yet this story dispenses with the delicate pretenses or the restraints of Grimm fairytales — it is rugged, earthy and scarred, much like the soils of North Carolina from which it arises. The story’s characters are at once deeply human, yet also animalistic in their instincts and actions. They are all seeking to escape the traumas of their life. It’s the sort of tale, in part coming-of-age, that could be told by a respected community elder around a campfire.

The novel explores the brief, romantic friendship between two teenagers: Vancie Keller, the daughter of Lois, a widow who struggles to salvage her failing farm, and Josiah. The sixteen year old Josiah Buckland, orphaned and without any family support, drifts into the ramshackle town of Tugaloo, is taken in and given work by another poverty-stricken, marginalized man and ultimately encounters Vancie. A coming-of-age romance ensues, but it’s short-lived, as Vancie is forced into a future with Jagger Hill, a man who obtained his wealth through dubious means and who begins to redevelop the grim little town, turning it into his fiefdom. Jagger is abusive and Vancie goes from an energetic girl stepping into a world full of promise, to a woman who accepts her fate quietly and tries to protect her young son, James, from the worst and most violent impulses of her husband.

The cool, rich darkness of forests is an image that appears often in A Poor Man’s Supper and it is present in much fiction, particularly from the period of Romanticism. On the one hand, forests were often portrayed as foreboding places; they were mystical, but also beyond the control and understanding of human society. Leaving a forest and finding one’s way back home to an ordered village or farm could be a great relief. On the other hand, forests were also often portrayed as places of refuge from the cold rationalism of the constructed human world, with hidden leafy pathways leading to the divine. In A Poor Man’s Supper the forests, and nature in general, are places of escape; it’s where people burdened by the world strip away a grimy temporal existence, find themselves and regain their intrinsic dignity.

One of the most powerful ideas present in this novel is that poverty can inhibit those who live it from ever seeing their own face. In A Poor Man’s Supper we read that “the only time that Vancie Keller ever saw her own face was on a clear day when she looked in the creek water for tadpoles.” The oppression of the material world veils or distorts our face, but it’s our engagement with nature that reveals to us our true reflection. The world built by men is a mess and one of the starkest contrasts, and also an example of the novel’s earthy prose, is when Josiah contrasts the “festering cesspool of mud, tobacco juice, pig urine, horseshit and flies” that is the Godforsaken town of Tugaloo with the “silence and solace of massive fir trees, impenetrable rhododendron thickets, and sunlit mountain balds.” Later in the novel, Vancie’s mother Lois, a severe, no-nonsense, “hard-shelled Baptist” woman toughened by life, is softened in the eyes of her grandson, James, only by her declining mental acuity as she nears death and by her special gift: she could communicate with the animals on the farm and “understand their every reply.” We learn that “the rooster was a particularly good friend of hers.” St. Francis of Assisi would have been delighted. For young James, his softening grandmother and her bond with nature, along with the sense of safety he always felt roaming the forests — so different from the concept of foreboding woods in which one gets lost – make his life more liveable and offers refuge from his father who plunders and degrades land, animals and people. The stern old woman’s interaction with creation had made her more affectionate and human.

Another striking example of nature’s ability to restore dignity and meaning is found in a scene with Delilah Hart, the town’s madam. The younger prostitutes who work with her at the brothel cool her off with paper church fans as she lies mostly exposed on a Mahogany bed in the sweltering summer heat. Her profession isn’t life-giving and she wonders about the sad fate of the wives and families of the men who hire her and her girls for sex. Yet as a pastime she begins painting leaves on porcelain plates and uses this to centre herself, while escaping from the grimy realities of her life. Her inspiration is a journal with sketches and illustrations of the natural world, the “amazing variety and beauty of the flora.” Unlike others characters in the book who experience nature firsthand, for Delilah, her interaction with creation is mediated.

There is a decidedly spiritual, even theological core to A Poor Man’s Supper, and the author himself is no stranger to theology. Jim Gulledge has a Doctor of Ministry and teaches at Pfeiffer University, a liberal arts college in North Carolina rooted in the United Methodist Church. In this novel, when the characters try to transcend their daily oppression, they discover the transcendent not in church, but rather in their quiet encounter with nature. In fact, for the most part, church in A Poor Man’s Supper is synonymous with starched, uncomfortable Sunday clothing that nobody enjoys wearing and rigid repression. Perhaps the one time where church is an authentic, life-giving experience is in the practice of foot-washing, described beautifully in the novel:

If there was indeed any sacrament in life to counter the fires of Hell, it was foot washing. There was a rawness in peeling off socks and stockings, baring calloused, smelly feet, and walking forward barefooted and rooted to the ground. The ritual stripped away all pretence of being anything more than the dust of the Earth.”

Our connection to the transcendent, however, reveals itself to us in nature and the young James has a more explicit experience of this than perhaps any other character in the book. We read: “His eyes told him that he was alone in the forest, but his heart was at war with his eyes. There was Other, and it wasn’t the birds in the trees or the trout in the stream…Later he would realize that this feeling might be what others called peace…It settled over and around him, but in the end, it was not something settling over him but rather someone.” In A Poor Man’s Supper, divine revelation comes to us through personal experience. Other than in the practice of foot washing, the only time that we transcend temporal existence in church is at the opening of a new episcopal church in town, where Vancie, oppressed by her husband, comes back to life during Communion. But there’s no magic trick to the Eucharist. Vancie comes to life because the bread she consumes takes her back for a fleeting moment to her childhood in a poor, but caring home. We read: “She knew little of God and far less of church, but she returned to her pew, awake as she had not been in a long time.” The transcendental is mediated through the material world and through our personal, experiential interaction with it. In this scene, the novel’s language becomes deeply Anglican/Episcopalian (or Catholic) in its colour and texture, especially as compared to a Baptist experience described in much more puritanical terms.

There is a self-reflective element that runs below every sentence in this book, which is perhaps appropriate, given the fact that the author wrote some of it while on a personal retreat at the Mepkin Abbey, a Trappist Monastery, in South Carolina. The embrace of silence, as a form of healing and growth, weaves its ways through this novel, and through the atmospheric prose that searches for the divine in the mountains and forests, and amongst the disadvantaged.