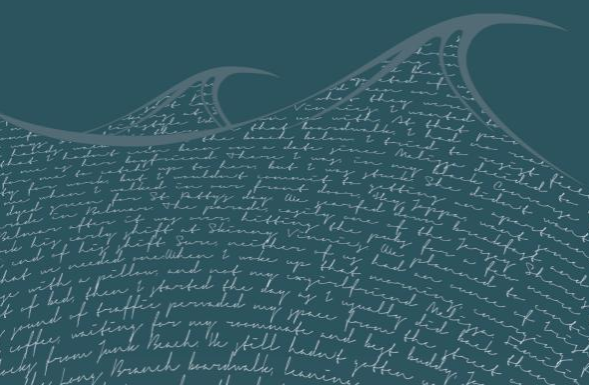 Book Review: An Ocean of Thoughts by David Jones

Published by Christopher Adam on September 29, 2019

Told in the first person through the eyes of Tony Joppa, this highly readable account of a young man’s struggle to overcome alcoholism is something of a glimpse into the world of Alcoholics Anonymous and an introduction to Buddhism. The protagonist and the characters who populate his world sound authentic, even though dialogue is used sparingly in this novel. At first set in New Jersey in the 1980’s, we meet Joppa (that’s how he is mostly called) who, at the threshold of his adulthood whittles away his days by drinking with his roommate and best friend. Alcohol was, in his own words, “a buffer from real life, filled with camaraderie and periodic oblivion.”

Arrested for driving under the influence and for conspiracy to distribute marijuana, Joppa’s family connections in the community land him a relatively easy outcome: he must live at a halfway house called Last House on the Block and then enroll for a stint in the Navy. Last House was run by a scrappy, no-nonsense man called Saint — or, as Joppa described him, “an old salty dog.” The portrayal of life in AA is a real one; we see both the deep value and success of the program, as well as it potential blemishes and shortcomings. Sometimes, AA practices can appear cult-like and there is a “group think” dynamic. But perhaps these characteristics, often associated with structured religious practice and ritual, are precisely what people struggling with addiction need.

In Joppa’s case, however, we see an interplay between AA and Buddhism. The young man is introduced to Buddhist philosophy by a man called Silver, who he meets along the Boardwalk and with whom he practices meditation. I got the impression that the book’s author was influenced by Jack Kerouac, as there are multiple references to two of the iconic novels and his works, namely On the Road and The Dharma Bums. In both of these works of classic twentieth century literature we encounter youthful adventure, sprinkled with hedonism, and an elemental Zen Buddhism. Kerouac is often credited with having popularized Buddhism in the West, especially among Baby Boomers.

Buddhism appears frequently in circles that try to help people overcome addiction. As this novel points out, through the voice of Silver, a fundamental principal of Buddhism is that suffering in life arises from attachment. This has special relevance to those struggling with addiction. Over the years, as a type of personal outreach, I have written to inmates serving sentences in American prisons. In each case, our exchange of letters focused on discussing books, history and sometimes philosophy or faith.  All three men with whom I have corresponded dealt with addiction and two of them incorporated a Buddhist outlook into their lives, while the third sought the transcendental in a more general sense. Parts of An Ocean of Thoughts reminded me of these exchanges.  Although the details of this period in Joppa’s life are few, we read that he spent much time alone in the basement of the Last House, where he “imagined [himself] as a monk in a musty old stone room, honing [his] spirituality in solitary contemplation.” At various points in the novel, we also receive snippets of dharma wisdom, often particularly apropos to the question of self-control, including this: “The greatest hero is the one that can conquer himself.”

Joppa completes boot camp near Chicago and while there is almost no detail in the novel about this phase in his life, one observation does seem salient. It’s a contrast to the supportive environment Joppa had experienced at Last House. One night, lying on a bunk in a dorm with thirty other recruits, Joppa observes: “I was constantly surrounded by men, yet I had never felt more alone.” This is a salient thought, and by offering more insight into this chapter in Joppa’s life, the novel would have gained deeper depth and dimension.

Perhaps my main critique of David Jones’ novel, a copy of which he mailed me in exchange for an honest revue, is precisely this. There’s much opportunity in this narrative for some great imagery, both near the beginning which recounts addiction and the struggle to overcome it, and then especially when Joppa drives from the shores of New Jersey to the deserts of Nevada, en route to San Diego for his Navy service. Yet visuals in much of the novel are used only sparingly. Often, the narrative is told to us, rather than described. When we are provided some visuals, they are effective, such as when we read about a lunch of chicken fried steak at a diner in Roanoke, Virginia and the ageing waitress who worked there, or when we hear the sounds of Nashville and Memphis or else catch a glimpse of the almost mystical Ojo Caliente hot springs near Santa Fe.

An Ocean of Thoughts is nicely edited and clearly written. It’s a gentle and heartfelt account of struggles and redemption from an emerging author who, through his own career changes, his experience living throughout the U.S. and his work as a counsellor, speaks with insight on these matters.