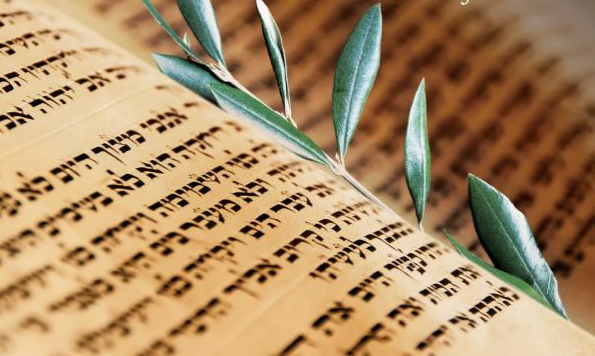 Book Review: From Enemy to Friend by Amy Eilberg

Published by Christopher Adam on June 5, 2019

Rabbi Amy Eilberg’s book, From Enemy to Friend — Jewish Wisdom and the Pursuit of Peace, seems especially relevant in the era of tribal politics and visceral political discourse, where ideological disagreement often leads to enmity. Drawing from the well of classical religious texts, contemporary communication theory, conflict studies and mediation, Rabbi Eilberg points to the pathways that may lead to reconciliation: both in terms of interpersonal conflicts in our private lives, as well as those between peoples of different faiths and cultural backgrounds.

The human brain, specifically the amygdala, is predisposed to detecting threats expeditiously and responding to them aggressively. While this would have served our very distant ancestors well, and indeed their very survival hinged on the capacity to respond quickly and with force, it leads us to overreact or to react before thinking to slights from others, criticism or verbal disputes, even though none of this poses an existential threat. Our default reaction if someone causes us pain is to fight and to met out similar pain to him or her. Authors of classical religious texts within the Judeo-Christian tradition were instinctively aware of how humans were hardwired to fight and overreact, hence the great emphasis on loving one’s neighbour and seeing God even in one’s enemies. As Rabbi Eilberg notes, religious teaching has the capacity to stimulate the frontal cortex of the brain, which gives us the ability to engage in self-reflection.

Rabbi Eilberg explores some timely and challenging Rabbinic commentary on not holding grudges and on forgiving the other when we feel wronged. She introduces the reader to Hafetz Hayim, also known as Rabbi Yisrael Meir Ha-Kohen Poupko (1838-1933), and his view that when we feel hurt or maligned, our first course of action is to look deep within ourselves so as to find a way not to respond hurtfully and to see God in he or she who has wronged us. Hafetz Hayim wrote: “How can I work on myself so that I will have no ill feeling against the other and even come to love him?”

Rabbi Eilberg then builds on this:

“If you try to see the person who has offended you as God, his or her Creator, sees him or her, you will easily see beyond human imperfections. If you get a glimpse of this person as a child of the divine, then you will love him or her too…Bring your adversary into your mind’s eye and think: ‘This person, just like me, was created in the image of God…’ Or imagine her as a five year old child, naturally lovable and vulnerable to failure and being hurt herself. Imagine her as a baby in her mother’s arms. Can you see her differently now? Difficult as it may be, it is possible to do this even in a situation in which a person who matters deeply to you has grievously failed you.”

One of the most striking elements of the book is the discussion around the inherent value in conflict, especially when it takes the form of what is called “constructive controversy.” This, and some other forms of conflict, when ultimately resolved in a win-win manner, provide opportunities for growth. Building on the writings of Rebbe Nachman of Bratzlav, Poland (1772-1820), the author explains–even with the divinely created universe, “division is necessary for growth,” insofar as the divine light was separated to create space. “Just as a seed can only become a tree if the earth parts a bit to allow for it to be planted, so too, people only grow from the generative conflicts that develop in relationships…Existence depends on serial separations and ruptures,” writes Rabbi Eilberg. Yet what stands at the heart of all conflict, especially interpersonal? The author turns to the rich tradition or Rabbinic writing for an answer and finds the concept of humiliation. She quotes Simeon Ben Azzai: “Don’t say, ‘since I have been humiliated, let my neighbor be humiliated also.’ Know: it is the image of God you would be humiliating in your neighbor.”

Although Rabbi Eilberg is also a scholar, her book takes a distinctly pastoral approach; it explores a difficult topic with gentleness and her starting point is to share relevant personal experiences along with the examples of the self-reflection that stemmed from these episodes. As any good minister is apt to do, Rabbi Eilberg aims not only to educate from a scholarly perspective, but rather to offer her readers the opportunity for formation.

From Enemy to Friend is a readable book for those without prior knowledge of conflict resolution theory, psychology or Jewish theology. It also offers insight into the Israeli-Palestinian conflict and interfaith disagreements, all from the perspective of conflict resolution. Conflicts are not swept under the rug, but the author suggests a mindful and honest approach, where all players examine their own internal dynamics and motives. And when we compare different religions in terms of their relationship with peace, we must not compare the best of the written tradition of one’s own faith with the worst of another.

The interdisciplinary approach found here is refreshing, as is the fact that the publisher, Orbis Books, is the publishing arm of the Maryknoll Fathers and Brothers, a Catholic society of priests engaged in anti-poverty initiatives in Asia, Africa and Latin America. Rabbi Eilberg’s most important contribution, perhaps, is this: in a world where religion is often perceived to be a root cause of conflict, therefore seen as having a negative impact on society, this book explores how organized religion has the potential to tame that part of our brain which instinctively reacts to perceived threats with defensiveness and aggression, while developing our capacity for honest and challenging self-reflection, which is so often the prerequisite of peace.