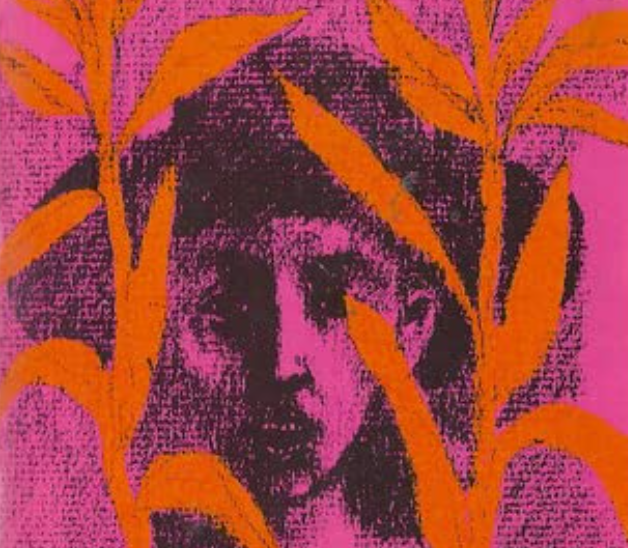 Book Review: The Violent Bear It Away by Flannery O’Connor

Published by Christopher Adam on December 31, 2020

Every page of Flannery O’Connor’s 1960 novel The Violent Bear It Away is a haunting read. The narrative is uncomfortable, the rich imagery captivating and at times suffocating; it’s as if every forest, highway, sky and human interaction is steeped in a mystery that the mind can never fully understand. O’Connor sets the tone of her story with a Scripture verse, Matthew 11:12, taken specifically from the Douay-Rheims translation, which reads: “From the days of John the Baptist until now, the Kingdom of Heaven suffereth violence, and the violent bear it away.” In a book that drips of the backwoods Fundamentalist Christian culture of the American south, the use of the Douay-Rheims Bible is one reminder of O’Connor’s Catholicism. The other such sign is the sacramental worldview that frames this novel — everything created, every material object, has some special significance, serving as an instrument of revelation and transcending the mere physical.

The book centres on the young Francis Marion Tarwater, a teenager in this novel. Tarwater was born out of wedlock, at the site of a fatal car crash. His mother died in the accident and his father, burdened by guilt, committed suicide shortly thereafter. From this point onward, the infant Tarwater became the object of a tug-of-war between his great uncle–a fanatical self-styled Christian prophet who lived in the backwoods after being released from an asylum–and his uncle, a secularist schoolteacher from the city, who embraced a quintessentially Modernist understanding of how to improve humankind’s lot here on Earth. The great uncle, Mason Tarwater, kidnapped the infant Tarwater from the home of the schoolteacher uncle, George Rayber, and had the boy baptised, against Rayber’s will. Rayber viewed baptism, which he too had undergone at the hands of his uncle, as a poisoned chalice meant to reinforce the illness of religiosity and draw children away from knowledge and rational behaviour.

The great uncle tries out the casket that he built for the occasion of his death, as the teenager Tarwater watches this grotesque display, and is reminded ad nauseum by his uncle of his burial wish. When the great uncle dies suddenly at the breakfast table, Tarwater begins digging the grave, but ultimately ends up getting drunk and passing out before the task is done, with the great uncle’s corpse still sitting for hours at the table. When the boy awakens, he sets fire to his great uncle cabin’s, burning it to the ground and with the intention of burning the corpse too, before setting off in the direction of the city.

The teenager Tarwater has a hardened, surly and arrogant personality. His outward display of self-confidence masks his internal struggle of conscience, as he considers defying his dead great uncle’s prophetic plans for him and the task of forcibly baptising Bishop. Tarwater hears a voice that weaves in and out of the story and at times, this voice is referred to as the stranger or as the friend.

Arriving in town thanks to a lift from a loud salesman absurdly named Meeks, Tarwater moves into his schoolteacher uncle’s house. The schoolteacher sees in Tarwater a surrogate son. Unlike the developmentally-delayed Bishop, Rayber believes that he can form Tarwater into an enlightened modern man, and at the same time exact revenge against the old prophet Tarwater. Rayber takes nearly no interest in his biological son, Bishop, who seeks love and tries to cling to his father. He is little more than a burden.

Rayber buys Tarwater new “city” clothes, but the boy resists disposing of his filthy country attire, never even removing his hat. Rayber takes Tarwater, and begrudgingly drags Bishop along as well, to museums, city landmarks and to a different restaurant each night, in an attempt to expose his nephew to the cuisines of different nationalities and cultures. Rayber also tries to get Tarwater to take a plethora of standardized tests meant to scientifically assess and understand him. He observes the boy as though he were an insect or a specimen under glass. Tarwater, however, resists stubbornly all efforts at secular reform, while internally continuing to struggle with the choice of either baptising Bishop when Rayber isn’t looking or defying his dead great uncle too, and charting his own course in life. For Rayber, his project of reforming Tarwater is frustrating and seems fruitless, as the boy rejects all overtures, seems ungrateful and even mocks his hearing aid — the lasting memory of the injury he suffered at the hands of the great uncle, while he attempted to save the boy years ago.

In different ways, both the old prophet Tarwater and the schoolteacher Rayber see themselves as self-appointed saviours. Both of them also live out their compulsions by exploiting the young Tarwater, and attempt to do so with Bishop as well. Yet Flannery O’Connor’s aim with this novel is not to tell a story which promotes some type of moderate middle-of-the-road approach to life — one that is neither fanatically religious, nor militantly secularist. Instead, the mystery of existence rears its head in all lives; its presence stops people dead in their tracks, as it is often uncomfortable, jarring and occasionally bears the promise of healing through pain.

All of O’Connor’s characters are grotesque in different ways, although if the reader looks closely, it’s still possible to find fleeting moments of gentleness — mostly, when the character is pushed off-balance. The common trait, however, is the propensity to engage in violence and exploitation. Rayber, however enlightened he believes himself to be, is at times vicious to his disabled son Bishop. At one point he expresses faith that soon science will have the capacity to detect such disabilities in an infant at the moment of birth, making it possible to put children like Bishop to death “mercifully” and immediately. On one occasion, Rayber even attempts to drown his own son — in a sort of perverse baptism. The old Tarwater is also unsavoury; he is obsessed with kidnapping children, in order to baptise them, he teaches the young Tarwater that his biological mother was a “whore,” while producing copious quantities of Moonshine on his backwoods property. The young Tarwater himself, exploited and abused by adults, barely has any redeeming qualities. He’s as ill-tempered, violent and distrustful, as he is withdrawn. At times, he comes across as a wild animal seeking to evade capture.

In this novel, baptism is the culmination of pathological fixation. The baptismal waters are murky, as the name “Tar-water” suggests, and baptism seems to be instrumentalised to exact revenge and to feed one’s own compulsion. Infants and children are the victims, especially the most vulnerable among them, like Bishop. When Tarwater, as a small child, is himself baptised by his great uncle, the old man says to a furious Rayber: “He’s been born again and there ain’t a thing you can do about it.” Rayber, in an act of mockery, responded: “If one baptism is good, two will be better.” He then turned over the infant and sprinkled water on the child’s bottom, repeating the words of baptism in a type of blasphemy. He then added sarcastically: “Now Jesus has a claim on both ends.” Shortly thereafter, the old Tarwater kidnapped the young boy from Rayber’s house and left an ominous note in the empty crib, which read: “The prophet I raise up out of this boy will burn your eyes clean.”

O’Connor seems to suggest that there may be particular destinies and paths in individual human lives that the individual cannot escape, try as one may. Tarwater fights his destiny to be a prophet, but can he truly stave it off? Rayber immerses himself in secular culture to escape his family’s fanatical religiosity, but he is always conscious that the “curse” runs in his blood and needs to be actively repressed. When Rayber experienced feelings of unconditional love for his disabled child, transcendental feelings he could not explain rationally, he told himself that the fleeting feeling proved that he had “only a touch of the curse in his blood.” Yet he was troubled by this love. We read: “The love that would overcome him was of a different order entirely. It was not the kind that could be used for the child’s improvement or his own. It was love without reason, love for something futureless, love that appeared to exist only to be itself, imperious and all demanding, the kind that would cause him to make a fool of himself in an instant. And it only began with Bishop. It began with Bishop and then like an avalanche covered everything his reason hated.” Something in Rayber inexplicably pushes him towards love, including those people and things his reason would tell him to reject.

As with Rayber, O’Connor takes the young Tarwater and suggests that he is not in control of his life or destiny, no matter how much he aspires and fights for his independence. As he struggles to stray from the path of the prophets that his great uncle said was his, Tarwater suggests that he will save himself from “trudging off into the distance in the bleeding stinking mad shadow of Jesus.” Then at another time, destiny seems unshakeable:

He felt it building from the blood of Abel to his own, rising and engulfing him. It seemed in one instant to lift and turn him. He whirled toward the treeline. There, rising and spreading in the night, a red-gold tree of fire ascended as if it would consume the darkness in one tremendous burst of flame. The boy’s breath went out to meet it. He knew that this was the fire that had encircled Daniel, and that raised Elijah from the earth, that had spoken to Moses and would in an instant speak to him. He threw himself on the ground and with his face against the dirt of the grave, he heard the command: ‘Go warn the children of God of the terrible speed of mercy.’ The words were as silent as seeds opening one at a time in his blood.

O’Connor thought of both mercy and grace as almost always accompanied by pain. There are moments of mercy and grace in this novel, which often has the frenzied passion of Old Testament narratives, but they are embedded deep in suffering and trauma. It’s as if a mystery weaving through life, impossible to understand, offers a glimpse of the Kingdom of Heaven. The mystery and that unnerving glimpse, a source of confusion, sparks a frenzied reaction, which morphs into violence.