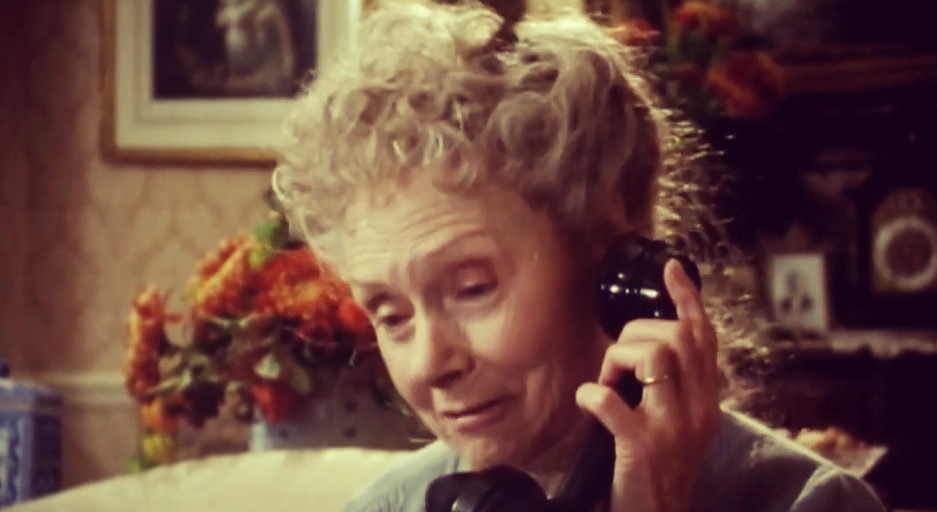 Death is humanity’s common denominator and also the great equalizer. In her 1959 novel Memento Mori, Dame Muriel Spark uses sharp language and imagery to make her many characters face the fear of the one inevitable event in life that they would most desire to avoid. Spark dissects with the keenest scalpel her characters. She pulls away the thin veneer of petty and shameless deceit, pretension and delusion that is part and parcel of the human condition. Spark does all this before the eyes of her readers in what is a cold, astute narrative on humankind’s least endearing characteristics.

Most of Spark’s characters are affluent Londoners. At the heart of Memento Mori is the series of terse, anonymous phone calls that at first Dame Lettie Colston, a prominent prison reform activist in Hampstead, receives. She is simply instructed: “remember that you must die.” She’s infuriated and wants the culprit found and flogged, in order to teach him a lesson — rather forgetting of her penal reform crusade. Later, many others in her circle and age cohort receive the same call. Her brother Godfrey, a retired entrepreneur, and his wife Charmian Piper — once a celebrated novelist but now experiencing cognitive decline — are part of the inner circle of characters in a novel with an almost staggering number of people — nearly all elderly. The omniscient narrator feels something like God — but, in this case, a detached, dispassionate deity who sees through and catalogues the sort of things that Spark’s contemporary, Graham Greene, once referred to as humankind’s “complicated dirty ingenuities.”

There’s a sort of petty, everyday sinfulness that permeates the conduct of the characters in this novel. Some of it is silly while in other cases, the latent brutality of the action and how economically and aloofly the narrator communicates it makes the evil deed more striking. We learn that Godfrey was a philanderer who had an affair with the late Lisa Brooke — an affluent woman who dies at age seventy-three near the start of the novel. She also had intimate relationships with several other men, some of them particularly dubious. In several cases it was her money that attracted these lovers to her. “It was only a year before her death that, feeling rather ill, she had decided to reform her life, and reminding herself how attractive she still was, offered up the new idea, her celibacy to the Lord to whom no gift whatsoever is unacceptable,” we learn — and also experience that quintessentially Sparkian style of writing.

Reading about Godfrey’s cheating ways, and the impatience and roughness that many, including her husband, demonstrate to fragile Charmian, the reader is inclined to pity the increasingly confused and fragile novelist. But we soon discover that she too had an affair. Her lover was a man called Guy Leet. She had competed for him with Lisa Brooke, who ultimately comes out victorious, blackmails Charmian into paying her to keep quiet about the affair and then marries Guy Leet as a sport– although she does so clandestinely and the marriage isn’t consummated.

When Lisa dies, various people with various claims to her estate come out of the woodwork and they all show up to her post-cremation funeral reception. Formally, Guy Leet is her husband, yet the marriage is a sham. Her housekeeper, Mrs. Pettigrew, produces a questionable will claiming the inheritance for herself. While Tempest Sidebottome, Lisa’s memorably named sister-in-law, frets about the fate of the estate at the reception, Godfrey pockets some of the pastries (even though he acknowledges that he has enough money to buy up every dessert in every pastry shop in Golders Green) and the elderly poet Percy Mannering, one of the men who sponged off of Lisa, becomes completely intoxicated by the concept of death. At the cremation service, he loudly demands to see Lisa’s ashes and it’s here that we get one of the funny and also grotesque dialogues in the book:

Tempeste Sidebottome, blue-haired and well corseted, was saying in a voice which carried away out to the Garden of Remembrance, ‘To some people there’s just nothing that’s sacred.’

‘Madam,’ said Percy, baring his sparse green teeth in a smile, ‘the ashes of Lisa Brooke will always be sacred to me. I desire to see them, kiss them if they are cool enough. Where’s that cleric? — He’ll have the ashes.’

In a final act of distasteful conduct, Percy Mannering reflects loudly at Lisa’s funeral reception about whether or not she had gone to Hell for “aiding and abetting” the poet Dylan Thomas who he felt was untalented. Eventually, he gets ejected from the Golders Green tea shop altogether.

That’s not the only time in the novel we meet Mannering. His twenty-four year old granddaughter has an intimate relationship with Eric, Godfrey’s fifty-something son, and maintains an arrangement with eighty-seven year old Godfrey himself. Godfrey sneaks off to London’s Chelsea neighbourhood where he meets Olive Mannering at her flat and pays her five pounds for her to lift up the hem of her dress and expose the suspenders at the top of her stockings — and for the opportunity to stare at them over a period of time. But when he hires Mrs. Pettigrew to work as his wife’s caregiver, he realizes that she’s quite happy to offer the same service for only one pound. So, he has to find an excuse to explain to Olive why he won’t come around as often, and ultimately lies that his doctor had asked him to be outdoors less, in light of his advanced age.

It’s hard to decide who takes the cake when it comes to being the most terrible human being in Memento Mori. However, one thing is certain — it isn’t the anonymous caller terrorizing the characters about the certainty of their eventual death. I think Mrs. Pettigrew, Charmian’s new caregiver, is very near the top of that list. When Charmian is put to bed by Mrs. Pettigrew, we learn that “rough physical handling made her mind more lucid in some ways, more cloudy in others.” Charmian is the victim of elder abuse at the hands of Mrs. Pettigrew and psychological abuse by her husband. She also becomes the victim of theft, when Mrs. Pettigrew plots to break into the lock-box in her bedroom and steal some of her valuables. And she stands to lose nearly everything, as Mrs. Pettigrew blackmails Godfrey into including her in his will. Mrs. Pettigrew is a fraud and even a terrorist of sorts.

In an adeptly and gradually introduced turn of events, Charmian’s cognitive decline doesn’t progress as the seasons change in the novel, from fall to winter to spring. If anything, her memory and her independence improve markedly. This is partially attributed to the publication of new editions of her novels, which fills her with renewed vigour. The other reason is a natural defence mechanism to Mrs. Pettigrew’s malicious presence in the household. An important turning point in the improvement of Charmian’s cognitive abilities is her decision to prepare her own tea when she is alone in the house. This simple scene is among the most powerful in the novel. Charmian — uncertain, wavering and accustomed to being treated as an invalid — carefully manages to make herself a cup of tea. I read the scene with bated breath — a scene about nothing more than an old lady boiling water and adding tea leaves to a teapot. This speaks to Spark’s talent as a writer.

As the cast of elderly characters receive these mysterious phone calls reminding them that they must die, and as they all hear something different in the anonymous voice (with some assuming it is a young man, others that he is middle-aged, some finding the voice menacing and others as polite), Charmian’s reaction to receiving the call herself is refreshing. The brief dialogue is noteworthy:

“Is that Mrs. Colston?”
“Yes, speaking,”
“Charmian Piper — that’s right, isn’t it?”
“Yes. Are you a reporter?”
“Remember,” he said. “You must die.”
“Oh, as to that,” she said. “for the past thirty years and more I have thought of it from time to time. My memory is failing in certain respects. I am gone eighty-six. But somehow I do not forget my death, whenever that will be.”
“Delighted to hear it,” he said. “Good-bye for now.”

Most of the characters in Memento Mori are lapsed Anglicans or secular Protestants. Charmian, a Roman Catholic, is an exception. Muriel Spark’s mother was Anglican, her father was Jewish and she attended a Presbyterian school in Edinburgh as a child. It was after reading the works of Cardinal Newman that she converted to Catholicism in 1954 — five years before the publication of Memento Mori. While Charmian is certainly a flawed character, she is less so than most others in the book. Spark shows her more empathy than she demonstrates to others — especially to those who live in the delusion that somehow death isn’t around the corner or else can’t handle — in a sober way — that it is. Other than Charmian, the other character who seems resigned to death is the philosophically-inclined retired police officer, Henry Mortimer, who is asked by the alarmed group of elderly Londoners to investigate the calls. As they gather at his home, he offers something of a homily:

“If I had my life over again, I should form the habit of nightly composing myself to thoughts of death. I would practise, as it were, the remembrance of death. There is no other practise which so intensifies life. Death, when it approaches, ought not to take one by surprise. It should be part of the full expectancy of life. Without an ever-present sense of death life is insipid. You might as well live on the whites of eggs.”

I think that in the voice of Henry Mortimer, we hear the words of Muriel Spark herself.

The mistreatment of the vulnerable is a prominent theme in this novel, as is the role of class and economic privilege in determining how one spends the twilight years.  Charmian’s retired maid, Miss Jean Taylor, lives in Maud Long Ward, a dehumanising public nursing home where she shares a room with even more underprivileged women. Miss Taylor at least has some contacts on the outside, such as Dame Lettie and the compulsive, elderly sociologist Alec Warner whose main purpose in the novel is to observe and document other elderly people. However, Jean Taylor believes he can advocate on her behalf and keep cruel nurses at least a little accountable. But as Miss Taylor recognizes in the novel, she and her other mentally-sound roommates are given their very own memento mori. A group of senile, geriatric women are crammed into their room and the healthier ones are forced to face such vivid, awful decline every day. Miss Taylor bears this fate with a stiff upper-lip. Like Charmian, she is also a Catholic — although believes herself more pious. Maud Long Ward makes death seem like a kind alternative to life.

The anonymous caller reminding the elderly that they must die should be far less of a concern to the characters in this novel than each other. Cruelty, envy, the paranoid suspicion of each other and self-serving actions permeate the narrative. It isn’t always clear who in the story is the most vulnerable and who might be the worst perpetrator. But what’s clear is that amidst the dirty secrets and the knavish schemes, death possesses a certain crisp, clear purity.