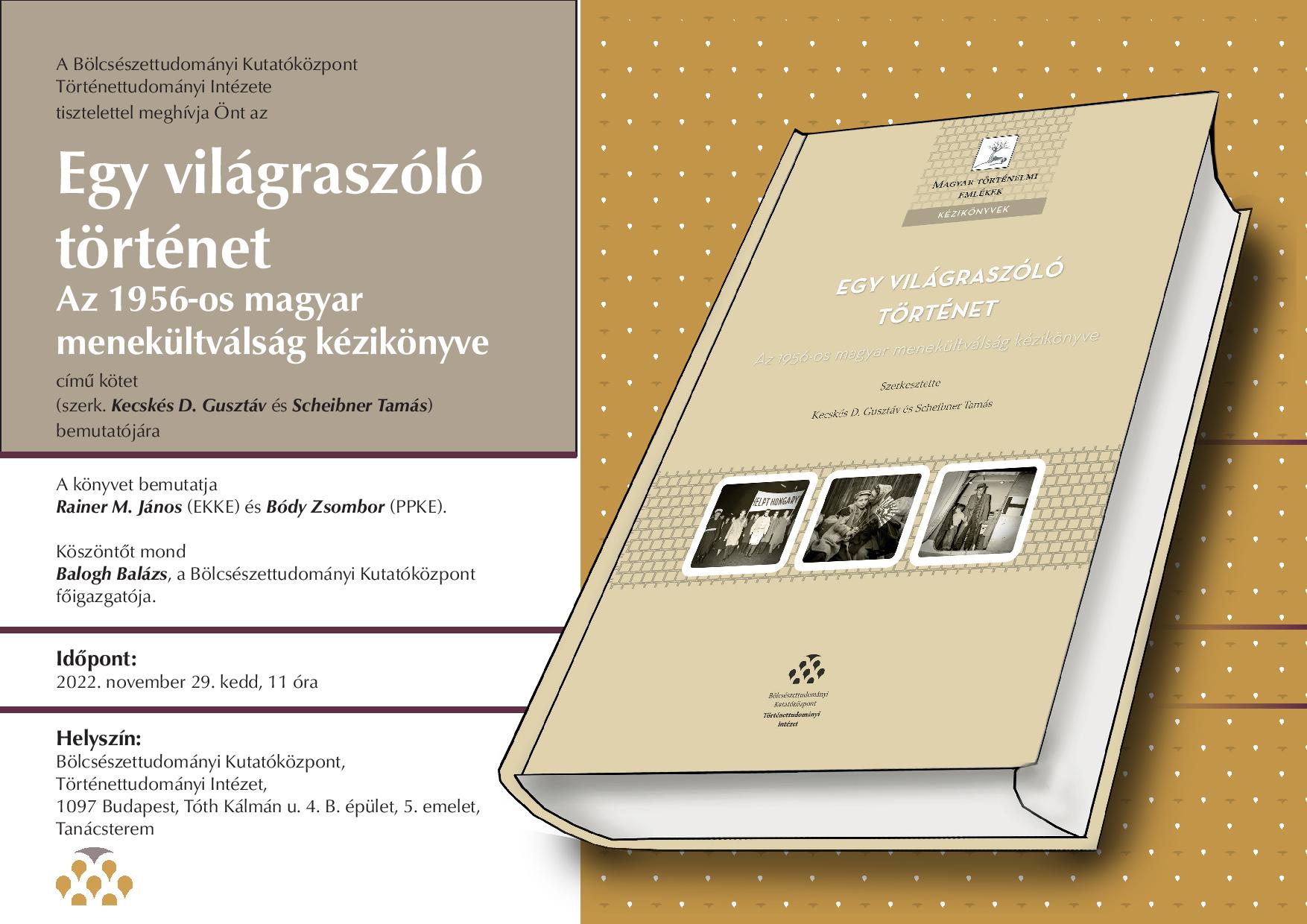 The Handbook of the 1956 Hungarian Refugees — From Crisis to Impact

Published by Christopher Adam on November 28, 2022

My chapter on Canada’s response to the 1956 Hungarian Revolution and the subsequent refugee crisis of 1956-57 has appeared in Hungarian, in a new print handbook on the history of 1956 published by the Institute of History at Hungary’s Research Centre for the Humanities. The Hungarian-language version of the handbook is being launched tomorrow in Budapest. In English, the project is entitled: The Handbook of the 1956 Hungarian Refugees — From Crisis to Impact. The Hungarian title is Egy világraszóló történet. Az 1956-os magyar menekültválság kézikönyve.

More than two dozen countries were profiled, each in a chapter. I was asked to write the chapter on Canada and it now appears on pages 465 to 476 of this extensive handbook. Although I speak and write Hungarian, I wrote the chapter in English and it was professionally translated by the Institute.

In my chapter I argue that the experience with the 1956 refugee crisis led to transformational change in Canada. It propelled the country in the direction of developing a more comprehensive refugee and immigration policy and explicitly set the groundwork for future large waves of asylum-seekers, especially the Vietnamese and the Ugandans. The 1956 refugee crisis also came at a time of nation-building in Canada, where Canadians sought to develop and define their national identity. In the decade that followed, the federal government would embark on a process — incorporating the experience and views of immigrants — that increasingly defined the Canadian nation as bilingual and multicultural, rather than the traditional view that it was bicultural The experience of 1956 played a role in redefining Canada.

I won’t be at the book launch in Budapest tomorrow, but I’m grateful for having worked with the editors of this volume — Gusztáv Kecskés and Tamás Scheibner. 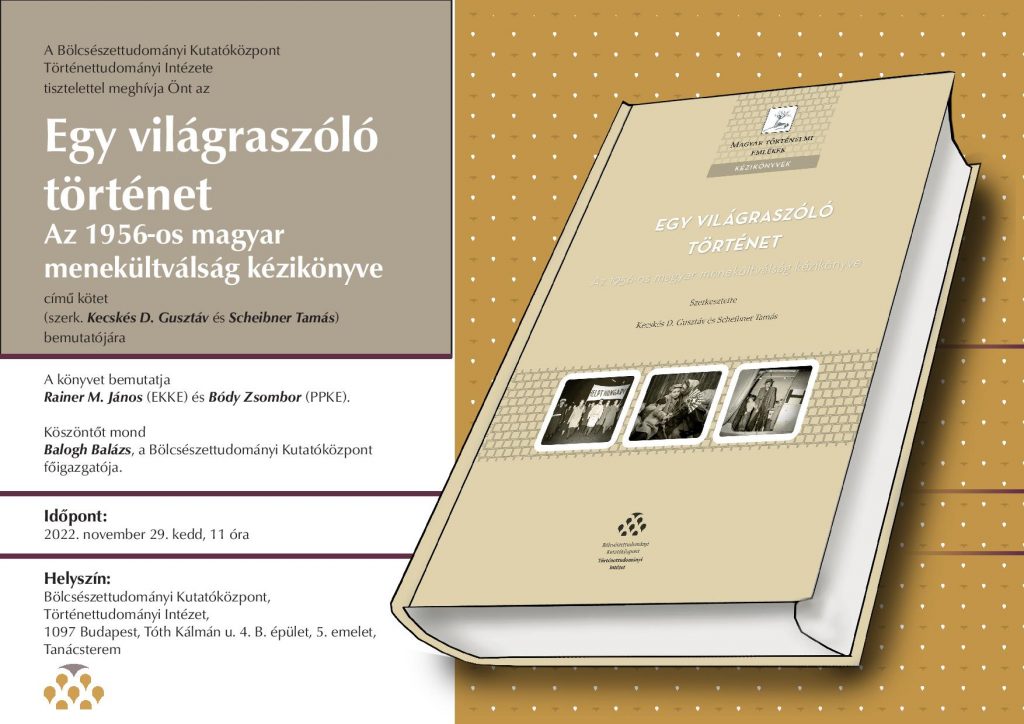