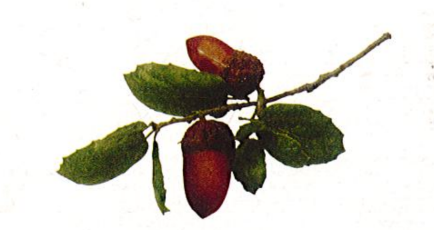 Book Review: An Altar in the World by Barbara Brown Taylor

Published by Christopher Adam on September 16, 2019

Barbara Brown Taylor, a professor of religion and an Episcopal priest, makes a compelling case for erasing the artificial boundary between the sacred and the secular, and adopting a spirituality firmly grounded in the physical world that surrounds us. We can walk with reverence in this world and not neglect the life or the moment that we are presently living. An Altar in the World stems from a Christian faith, but builds a spirituality that is an amalgam of different worldviews–rooted in Talmudic teachings, as well as the Upanishads, in the words of Medieval mystics like Mechthild of Magdeburg or Julian of Norwich, and in humanist thinking too. At its core, Taylor seeks to add much needed depth and dimension to the amorphous and sometimes even intellectually shallow concept that one can be spiritual, but not religious.

The overarching concept in Taylor’s book is how revelation flows to us through personal experience. More than through books or the official teachings of the Church, we gain both knowledge in general and insight into the divine by experiencing the natural world around us, as well as the people in it, on our own skin. The challenge for all of us is to display reverence in our interaction with the physical world–a term that means something very different than the judgmental attitudes, the pretentious piety, perfunctory rituals or clericalism than may exist in churches. Sometimes churches are among the most irreverent places in the world, especially when they shun or condemn people who are different or who hold different beliefs. In contrast, Taylor offers several definitions of reverence and having learned to walk reverently from her father, who was not religious, and building on some themes explored by classical philosopher Paul Woodruff, she writes:

Reverence was the proper attitude of a small and curious human in a vast and fascinating world of experience…Reverence is the recognition of something greater than the self–something that is beyond human creation or control, that transcends full human understanding. God certainly meets those criteria, but so do birth, death, sex, nature, truth, justice, and wisdom…Reverence stands in awe of something–something that dwarfs the self, that allows human beings to sense the full extent of our limits–so that we can begin to see each other more reverently as well. An irreverent soul who is unable to feel awe in the presence of things higher than the self is also unable to feel respect in the presence of things it sees as lower than the self…

Often reverence is tantamount to being closely attentive to the details of the natural world, of objects and of people in our midst. Reverence therefore is a close relative of mindfulness and of presence. Being reverent allows us to treat life itself and even seemingly mundane actions or tasks as sacraments. Taylor shares the example set by Simone Weil, a French philosopher and political activist who fought alongside workers and the oppressed during the first half of the twentieth century, before dying at just 34 years of age. Weil, born to Agnostic Jewish parents, was deeply influenced not only by Marxism, pacifism, trade unionism and Anarchism, but also by the traditions of Catholic mysticism. Taylor recounts how Weil was drawn deeply to the spirituality and traditions of the Catholic Church, even as she refused baptism. Taylor writes: “She could not seek her own soul’s safety in any church that denied salvation to those who did not belong to it. This meant that she spent the rest of her short life regarding the bread and wine of Holy Communion without ever eating them. Regarding them was enough for her, even as they strengthened her resolve to stay hungry with those who were hungry, to remain outside the safety of the church with those who were outside.”

Weil’s profound and self-sacrificing act of solidarity with the marginalized also meant that she starved herself to death. She kept to a diet, even while in the relative safety of wartime Britain, that she believed was akin to that forced upon the people of Nazi-occupied France.  Weil practiced a self-effacing reverence of others.

Much of Taylor’s book reads like a good homily in that it includes the important elements of preaching: a reflection on biblical passages and stories, the sharing of something that is personal to the homilist and then the application of the biblical and the personal in a way that is relevant to the congregation or the broader community. This is why Taylor tells us that she is an introvert by referring to the story of Martha and Mary–a passage where the traditional takeaway message is how we are to be more like Mary, who was truly present when Jesus visited their home and less like Martha, who tried to be a good host by making busy preparations in the kitchen. Taylor, an introvert priest who lives in a rural corner of north Georgia in the southeastern U.S., writes: “No one had to tell me why Martha stayed in the kitchen while her sister Mary sat as Jesus’ feet. Martha was an introvert. She found chopping potatoes far less exhausting than talking to people, and besides, she could hear everything they were saying right where she was without having to come up with something to say herself.”

Taylor juxtaposes introversion with the need to also encounter the other, and she does this through the sayings of the Desert Fathers–third and fourth century hermits who left cities and larger communities to live in the deserts of Egypt, Palestine and further afield. While many of these hermits lived in almost complete isolation, especially the so-called solitaries, they did occasionally meet with each other and celebrated in small communities, mostly to ensure that they did not become self-absorbed or believe that they could ever be self-sufficient. Communion with others, especially with people who are different than ourselves, liberates us from our own self and saves us from navel-gazing. Taylor writes: “The hardest spiritual work in the world is to love the neighbor as the self–to encounter another human being not as someone you can use, change, fix, help, save, enroll, convince or control, but simply as someone who can spring you from the prison of yourself, if you will allow it.” Judeo-Christian tradition speaks of loving not only the neighbour, but also the stranger and of practicing that essential value in Middle Eastern culture: hospitality. This flows from the belief that the image of God is present in both the stranger and in the enemy.

Taylor writes poignantly: “We may test the premise that God uses the weak to confound the strong, as well as the promise that the God who made others different from us is revealed in them as well as us.” Quoting and paraphrasing British Rabbi Jonathan Sacks, Taylor notes: “‘The supreme religious challenge is to see God’s image in one who is not in our image,’ for only then can we see past our own reflection in the mirror to the God we did not make up.”

There is a complexity to Taylor’s work. Knowledge and revelation of the divine flow from our personal experiences and our personal interactions with the world around us, yet our best bet at finding the “real” God and not the make-believe one that looks, thinks and acts like us is to be liberated from ourselves. Although the themes of a physical world that is sacred, a life that is a sacrament and reverence of the here and now run through the entire book, each chapter stands on its own and they can be read out of sequence. Barbara Brown Taylor’s writing is often lyrical, sometimes mystical, and her message seems especially relevant in a world that veers increasingly in the direction of tribalism. Her message is a simple one: whatever our outlook or religious background, to break out of the echo chamber is salvific.