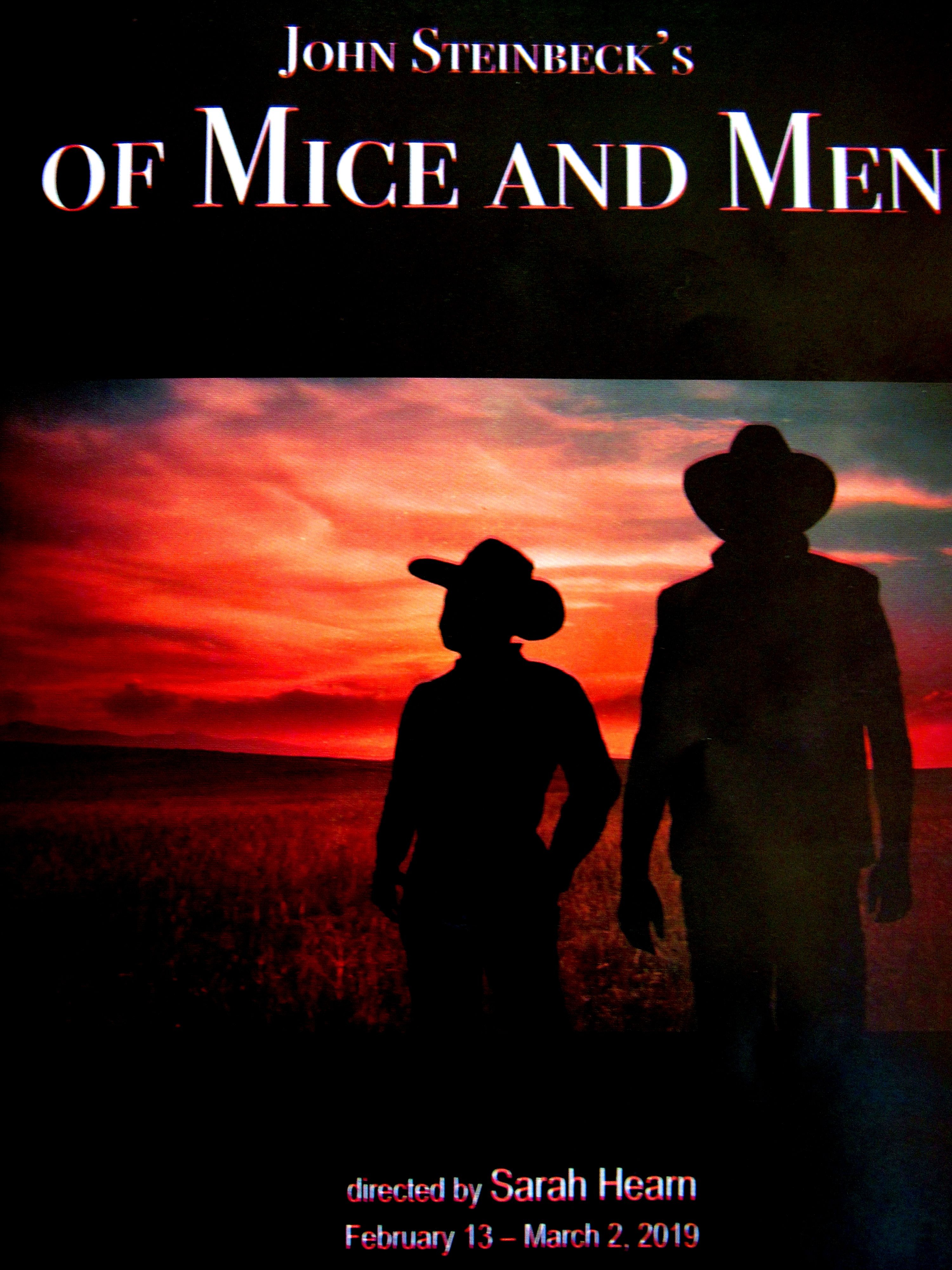 Of Mice and Men at the Ottawa Little Theatre

Published by Christopher Adam on February 16, 2019

Set against the misery of the Great Depression, the Ottawa Little Theatre brought to life John Steinbeck’s story of how two men who journey together in search of work struggle to overcome a dehumanizing situation through their frustrating, yet ultimately genuine friendship. Ottawa actor J.T. Morris played George Milton poignantly and Dan DeMarbre, cast as George’s friend Lennie Small, gave a compelling and memorable performance.

It has been over twenty years since I read Steinbeck’s 1937 novel Of Mice and Men as part of a high school literature curriculum. The book left enough of an impression on me as a teenager that I decided to read The Grapes of Wrath, also set in the thirties, on my own time. As I arrived for the play, I still recalled the narrative’s broad strokes, but not the details. I had forgotten the gut-wrenching elements of the story. Directed by Sarah Hearn, the Ottawa Little Theatre production was both touching and, at times, heart-breaking.

George Milton and his developmentally disabled travel companion Lennie Small roam California in search of work and lodging on ranches. George is Lennie’s guardian and the childlike and naive Lennie accepts him as such and is dependent on him. While George is often frustrated by Lennie’s simplicity and his propensity to unwittingly get into trouble, it is a sense of duty, empathy and also friendship that keeps George from doing what would, on the surface, be much easier: travelling and searching for work on his own. Much like a young child, Lennie asks George for things he can’t have: ketchup with his beans as they camp out on the dusty California terrain, rabbits to tend and a proper home and plot of land where he and his friend could live together. While Lennie is feeble in his ability to comprehend the world around him, he is physically extremely strong. Part of the tragedy is that he does not understand his own physical strength, leading him to unintentionally hurt both people and small animals. George must deal with the consequences.

A key theme in Steinbeck’s book, and one depicted expertly by J.T. Morris and Dan DeMarbre in their respective roles, is that of surviving displacement and alienation through camaraderie. The friendship between George and Lennie is unusual within the context of destitute and migrant labourers searching for work in Great Depression America. These men mostly traveled alone, they did not easily become attached and to trust in someone else was rarely the order of the day. The odd friendship between George and Lennie perplexes the other men in the bunkhouse at the ranch where the two find work. The only connection that comes close to this one is between the elderly ranch handyman called Candy and his blind dog. A fellow lodger in the bunkhouse pressures Candy into agreeing to having his old, sick dog put down–and actor J.J. (Jay) Koornstra offers a commendable performance portraying the emotional impact on a man who has nobody else in the world, except for his sick canine companion.

In his portrayal of George Milton, Morris moves adeptly from moments of deep frustration with his travelling companion to scenes of camaraderie filled with emotional warmth. Though Lennie’s presence is often cumbersome, it also serves as a reminder of humanity in an environment that in many ways is thoroughly inhumane. For his part DeMarbre, in playing Lennie, seems so believable in how he portrays this “gentle giant.” He depicts the immense vulnerability, Lennie’s utter reliance on, and trust in George, as well as the physical strength that he simply does not understand. It was striking to watch scenes where Lennie, like a small child, asks his friend again and again to tell him stories of the modest house that they will some day own and to keep reassuring him that he will be allowed to tend to the rabbits in what is ultimately a dream world beyond their grasp.

Live theatre is itself a humanizing experience, especially in a world where we increasingly seek entertainment in isolation, both shielded and disconnected from others through our computer screen. The Ottawa Little Theatre, built on a foundation of volunteerism and community engagement, is a fine place to reconnect.