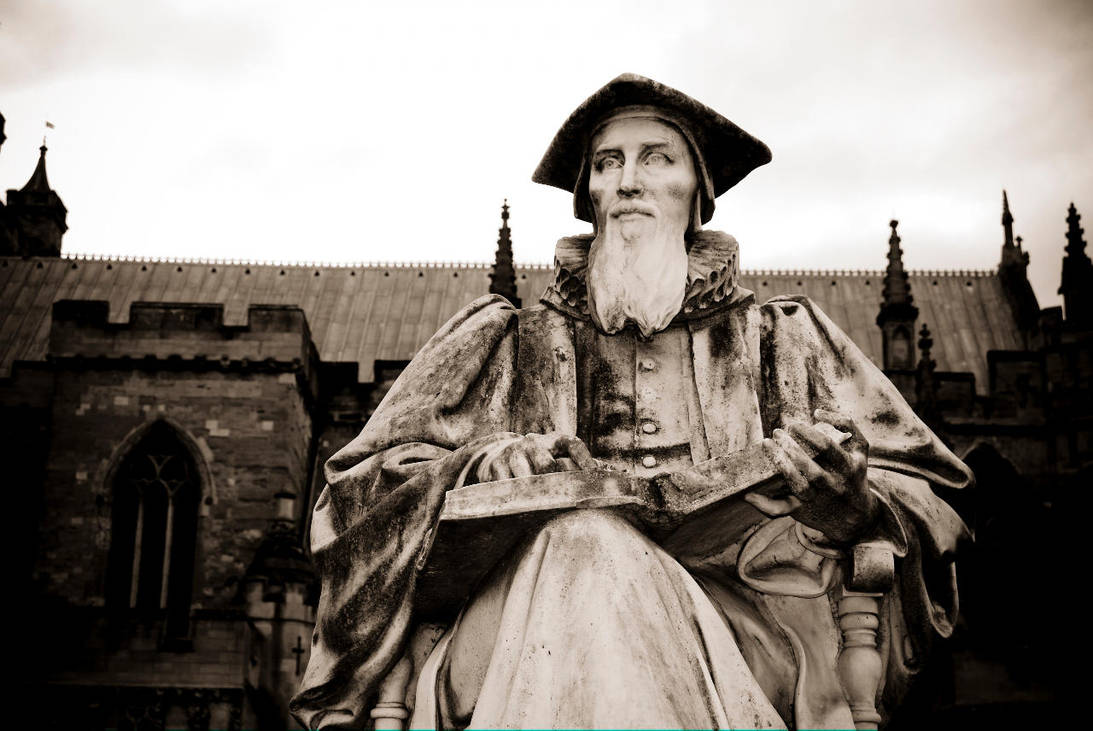 Scripture, Authority, Tradition and Reason in Richard Hooker and the Church of England

Published by Christopher Adam on February 23, 2019

Theologian Richard Hooker lived and wrote with the activities of those Puritans in mind, who were looking to radically reshape the Church of England. At the centre of Hooker’s study “Of the Laws of Ecclesiastical Polity” is the relationship between Scripture, Authority and Tradition, and the role of human reason in embracing Christ’s salvific message. Hooker wrote in an era when the Church of England’s shared historical heritage with the Roman Catholic Church was being questioned by those who sought a complete and clean break with the past, including with many of the historical teachings, practices and structures of the Catholic Church. In many ways, Hooker was speaking to these critics when he advocated for a role for Scripture, Tradition and human reason within the faith life of every individual, even whilst affording Scripture pride of place within this framework. Hooker’s approach secures a place for human reason and reflection in understanding and internalizing divine revelation, while recognizing the Church’s supreme teaching authority.

Hooker appeared especially concerned by the preoccupation of many sixteenth century radical Reformers with the structure and governance of the Church. In contrast, Hooker was far more concerned with theological matters, though his work was sometimes criticized for elevating human reason above Scripture and for drawing from the well of pre-Christian philosophers, like Aristotle or Plato. (1)

It was the disagreement with radical Puritans on the role of Scripture that was perhaps most pronounced in Hooker’s work. Yet Hooker experienced difficulty attracting the interest of publishers and readers; those in the publishing industry were weary of books focused on religious controversy, as these were of relatively little interest to readers. (2) Still, Hooker persisted and while his book was not widely read during his lifetime, it is today seminal to the Church of England’s nuanced theology that incorporates Scripture, Tradition and human reason.

At the very heart of Hooker’s approach to Scripture was his insistence that while the Bible is the infallible Word of God, it cannot serve as a guide that one must follow verbatim in every aspect of human life and activity. For instance, Scripture does not in most instances prescribe the food that faithful Christians are to consume, though the Church may at times of fasting. In most cases, however, the food that one consumes is left to the individual’s discretion, according to Hooker’s understanding and it is only expected that the Christian give God thanks for this food and that the believer not fall into the sin of gluttony. (3) Hooker argues that there is a role for human discretion in matters not specifically addressed in the Bible. Further, when it comes to the complex web of laws outlined in the Hebrew Scriptures, Hooker’s reading of the Bible places this within the broader context of the Gospel narrative, moving the focus to Christ. As such, these laws and indeed the Hebrew Scriptures are not read and followed in isolation, as an intricate network of restrictions, but rather as a point in history that anticipated the coming of Christ. (4)

The reader’s ability to properly contextualize Scripture presupposes a role for human reason. Hooker writes: “Theology, what is it but the science of things divine? What science can be attained unto without the help of natural discourse and reason? … In vain it were to speak any thing of God, but that by reason men are able somewhat to judge of what they hear, and by discourse to discern how consonant it is to truth.” (5) Hooker argues that one must necessarily look beyond Scripture when exploring Christ’s Salvific message, because there is no “science in the world which leadeth men into knowledge without presupposing a number of things already known.” (6) What is it, however, that can illuminate Scripture and, by extension, revelation for the average individual? Hooker notes that tradition—the teachings held and passed down by our ancestors—sheds light on Scripture but is not, alone adequate. The authority of the Church in particular colours both our understanding and our respect for Scripture, with Hooker noting that “When we know the whole Church of God hath that opinion of Scripture, we judge it even at the first an impudent thing for any man bred and brought up in the Church to be of a contrary mind without cause.” (7) Hooker places a degree of agency in the hands of the reader of Scripture: it is a respect for authority of the Church, provided that the individual has no cause to question this authority, that the Church’s explanation of Scripture as the infallible Word of God is accepted.

If the Church has caused no reason to doubt its understanding and reading of Scripture then it is reasonable for the individual to accept this instruction. Hooker points to the early Church Fathers to demonstrate the role that the ability to reason using examples or information beyond Scripture had when convincing non-believers. In the early Church, one had to rely on “arguments such as unbelievers themselves must needs think reasonable…no man living shall be able to deny it, without denying some apparent principle such as all men acknowledge to be true.” (8) Here, Hooker asserts that it is possible to reason with both the believer and unbeliever and that the Church, in particular, “is furnished with reason to stop the mouths of her impious adversaries.” (9)

If one were to stop here, the impression might be that Hooker places a great emphasis on revelation through reason, attributing very little to the Holy Spirit. Hooker, however, recognizes the critical role that the Holy Spirit plays in drawing people closer to God and revelation. What he argues, however, is that the workings of the Holy Spirit in others is very difficult to decipher by someone else, from the outside and indeed even with oneself. Hooker writes that “these workings of the Spirit in us are so privy and secret, we…stand on plainer ground when we gather by reason from the quality of things believed or done, that the Spirit of God hath directed us in both…” (10) For Hooker, relying on reason when explaining, sharing or defending the Gospel message is thus more effective than referring only to the Holy Spirit and he points out that the Apostles, especially Peter and Paul, turned regularly to the power of reason. (11) He argued that it was through the power of human reason that Peter tried to explain to the Jews that the grace of God extended to the Gentiles as well. (12) Through history, the binding authority of the Church rests on its ability to take into account reason, natural law and positive (human-made) law, when it develops its own laws. (13)

Hooker’s work had a significant impact on the development of the Church of England, and in particular its via media (middle of the road) approach to reconciling the interplay between Scripture, Tradition, Church Authority and reason. Both in Hooker’s work and in later documents produced by the Church of England, there is also significant emphasis placed on each individual’s lived experience, both personal and communitarian, which has a role to play in opening one up to divine revelation. For instance, in the reports of the Lambeth Conference we read that the Church’s authority is ultimately based on the “shared life of the community,” which the institution that wields this authority is tasked with protecting and advancing. (14) Authority does not serve, first and foremost, to restrict and proscribe, but to safeguard a community built by individual Christians. This understanding of authority is based on the concept of service and servant leadership.

Additionally, true authority lies not with the Church, but rather with the risen Christ and indeed within the Trinity; in this construct, the Church serves as an intermediary and when we refer to Church, it includes all baptised Christians, who together form a vehicle or body for God. (15) Building on the way in which Hooker placed trust in the human intellect to be able to comprehend the Gospel through reason, the Lambeth Conference recognized that humans are “self-conscious creatures who discern meaning in their experience and communicate that meaning by means of language,” which includes symbols. (16) The central importance of human experience also means that the Church, as a vehicle of divine authority, must be able to continually relate to people in vastly different times and life conditions the messages of Scripture, ensuring their relevancy. It is, according to the Lambeth Conference, a combination of tradition and reason which can break open the Word in any historic period and for all peoples. (17) The Lambeth Conference also understood the term “tradition” as meaning more than simply the deposit of faith, but rather the complete life of the Church, including its holy texts. (18)

As John Marshall notes, in his exploration of Hooker and the development of the Church of England, the Bible was seen as becoming especially clear when viewed within the context of Church sacraments and ministries. Though Scripture stood at the centre of the Christian faith, for the individual it came to life in a truly tactile manner within the Church. (19) Marshall, however, clarifies that for Hooker, Tradition–knowledge accumulated over centuries–is prone to review and revision, but the Bible is not–it is inerrant and infallible, though incomplete if one were to consider it as a guide to all aspects of worldly human life. (20)

Hooker, writing at a revolutionary time for the Church and faced with sharp criticism from those who were inclined to uproot and completely transform the Church, offers an effective framework for Christian faith. He allows for some continuity with, and affords a place for Tradition, Church Authority and human reason in understanding divine revelation, as expressed in Scripture. The individual is seen to have agency, intellect, an ability to learn and also to decipher divine revelation through both experience and reason.

(14) The Truth Shall Make You Free, The Lambeth Conference, 1988 (London: The Secretary General of the Anglican Consultative Council, 1988) 99.