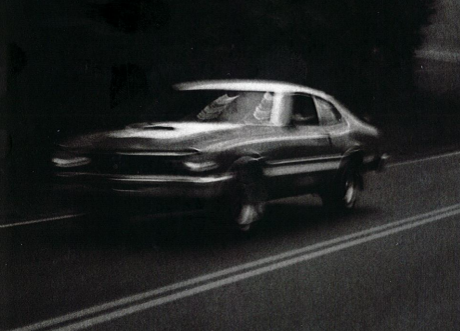 Published by Christopher Adam on March 25, 2019

From seedy hotel rooms, grimy pool halls, the brutality of reform school in the 1950’s, county jail and ultimately San Quentin prison, Hard Rain Falling is a coming-of-age story wrapped up in the existential crisis and dehumanization of protagonist Jack Levitt. It also explores class conflict, how class plays a role in criminal justice in the United States, it touches on race and tends towards some of the themes of Beat Generation literary fiction. We have the New York Review of Books to thank for the second edition of Don Carpenter’s 1966 novel. The novel had been out of print for decades and forgotten by most. NYRB, by including this in its series of classic books, gives twenty-first century readers an opportunity to discover the late Don Carpenter’s most significant work.

Jack Levitt, orphaned and raised in state care, leaves his orphanage in 1947 as a 17 year old, getting his first taste of freedom on the streets of Portland, Oregon. He rapidly realizes that freedom without even enough money to pay for a roof over your head or to buy a meal is no freedom at all. He gets locked out of his hotel room, after failing to pay the nightly fee and his clothing and belongings are confiscated until he pays his debt. He’s left to roam Portland and its pool halls with nothing but the clothes on his back, hoping to bum a hot dog here, or a hot dog there from those playing billiard. Jack doesn’t have any lofty dreams, he can’t function in society and he seems to lack a moral compass. As he stares through the display window of a novelty store selling items such as plastic vomit, his initial thought is to attack the elderly man behind the till and rob him of his cash. He doesn’t seem to experience any moral quandary contemplating this.

Later, Jack and a group of similarly young adults break into the home of the upper class Weinfeld family who happen to be out of town; they search for cash, but ultimately spend a night getting intoxicated on the vast collection of drinks in the bar. Jack is mesmerized by the home. Yet being impressed does not stop him from treating the property of others with great disrespect and wrecking the house. “It had been a delight showering in the Weinfeld’s amazing five-spray, tiled shower, but when he put his clothes back on he could smell them, and they seemed damp against his skin, disgusting,” we learn.

Jack is abandoned and lacks real drive or passion in life, other than to make enough money just to survive. He meets Billy Lancing, a Black teenager who has a family back home in Seattle, but appears to be similarly unwanted and abandoned. When he leaves home, nobody comes looking for him. Billy is clever, ambitious, he one-ups the older and more experienced men in the billiard halls of Portland and he is resourceful in navigating the oppressive race realities for African Americans in 1947. As Billy’s pockets are filled with dollar bills, thanks to his series of pool hall victories, Jack’s inclination is to befriend him, only to rob him. Any sense of morality or conscience flickers ever so faintly and is snuffed out. We read:

“Jack felt a tickling of emotion he could not identify, something to do with the Negro’s talent and it might be unfair (odd word!) to steal his money…but the thought passed, and he decided if he had a chance, he would take it. He hoped the kid wouldn’t hate him for it. What difference would it make? He and the kid weren’t friends; every time the kid glanced at Jack his eyes veiled over with what Jack knew was fear; hell, the kid probably hated Jack, and every other big mean-looking white.”

Jack is ultimately arrested for having broken into the Weinfeld home and sent off to reform school in Woodburn. One of the most formative and traumatic experiences in the book happens to him here. He is locked up for four months in a punishment cell; this is solitary confinement take to an extreme. The concrete, windowless cell is without any light and Jack must stay there completely naked. He receives food at the whim of the reform school’s administration and loses all sense of time. This is where the existentialism that weaves its way through much of the book is truly present. One of the most powerful passages is this:

“…he could not see because there was nothing to see, and never had been–his mind had tricked him into believing that there were colors and shapes, and he knew that there were no such things. At times, all his senses deserted him, and he could not feel the coldness of the concrete or smell his excrement, and the small sounds he made and the sounds that filtered in through the door gradually dimmed, and he was left alone inside his mind, without a past to envision, since his inner vision was gone, too, and without a future to dream, because there was nothing but this emptiness and himself. It was not uncomfortable, not comfortable. These things did not exist. It was colorless, senseless, mindless, and he sometimes just disappeared into it.”

Jack would only be roused from this state for those brief moments when they would bring food to his cell or take the bucket he used for relieving himself. But even then, he was not lifted to any sense of humanness, but rather seemed a cornered, wild animal. This scene–along with a later one set in the mid-fifties where Jack is headed to San Quentin prison and is forced to lie for an extended period of time with his face on the scorching pavement when the bus transporting him and other convicts deemed less dangerous makes a stop at a diner–has an air of intense brutality to it.

It’s statutory rape that ultimately leads to Jack’s incarceration, after he sleeps with two underage girls who are just descending into the world of prostitution. It’s a dreary, hopeless world that Jack inhabits–both on the street and when incarcerated.

At San Quentin, however, he once again meets Billy Lancing and the two become cellmates. Billy’s harsh sentence seems out of sync with his crime, namely cheque fraud, and the implication is that his socio-economic standing played a detrimental role in his sentencing. Jack is emotionally, morally and socially maladjusted, but his friendship with Billy brings him a small degree of humanity. Here Carpenter delicately explores the question of sexuality–both in terms of institutional and prison life, and also in terms of Jack’s personal desires. Jack’s views on sexuality were formed by his witness of, and experience with rape at the orphanage and in reform school; we learn of boys in both institutions exerting power and dominance by sexually abusing each other. What’s missing from Jack’s lived experience is the concept of sexual relations within the context of a loving relationship between two people.

Don Carpenter’s Hard Rain Falling, at times so stark in its brutality that it becomes difficult to read, is a compelling exploration of abandonment, alienation, abusive power dynamics and institutionalization–and particularly how these circumstances can deform human life.