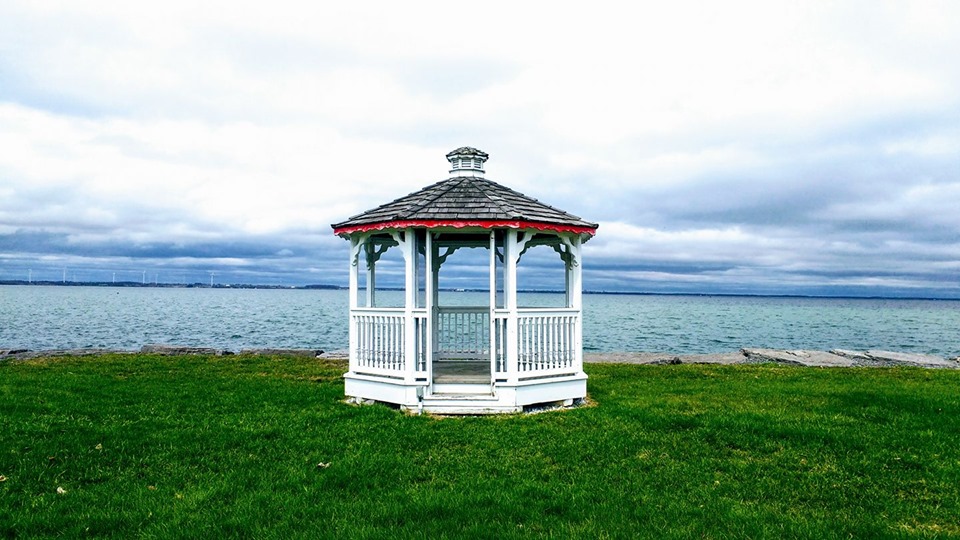 A reading from my book “I Have Demons” in Cape Vincent, New York

Published by Christopher Adam on May 5, 2019

On May 4th, I took my passport, a coffee and a small piece of Ontario over to New York’s North Country, arriving in Cape Vincent to give a reading from my anthology of literary fiction, I Have Demons. What an engaged and welcoming group of local poets, writers and readers I found in this little village along the Saint Lawrence Seaway! A local literary association called Writers & Poets Ink meets regularly at the Cape Vincent Community Library, which is where we were this past Saturday, as well as other locations in this riverside town in the Thousand Islands region. The meetings typically include readings and this time I was excited to present a scene from my book and receive feedback.

The scene I selected is from the title story, “I Have Demons,” specifically the interaction between Fr. Solomon, the protagonist, and Sheila, the cheerful, confident truck driver he meets along the way. (The scene is found on pages 59 to 63 in the paperback edition.) I feel as though this scene is among the most representative in the book of what I was hoping to communicate to my readers and it also offered a glimpse into my style. The scene is heavily based on dialogue and indeed much of the book is dialogically oriented. In this case, I try to present two distinct speaking styles that give away something of the socio-economic background of the characters. Fr. Solomon, for instance, is polite, measured and educated–though perhaps a little socially awkward, at least in this scene. Sheila, on the other hand, is folksy and outgoing. When I read from this scene in Cape Vincent, I emphasized this difference by using a Canadian accent for Sheila’s lines and a less recognizable, more “standard” intonation for Fr. Solomon. I was really pleased when during the questions and discussion, several in the room picked up on this and made reference to it–noting that I, myself, do not sound “typically Canadian” when I speak, or indeed when I read Fr. Solomon’s lines (who sounds like me and perhaps even is like me in some ways), but I certainly did when I read from Sheila.

Conceptually and thematically, this scene is important to me for a few reasons. The priest, Fr. Solomon, is presented as almost vulnerable and meek; this is not typically how Catholic priests are portrayed in public or popular culture. For much of the scene, it is Sheila who is empowered. As a woman, she takes the lead and is comfortable with it. She’s also non-religious, so we see how father interacts with someone who does not attend church. The scene also shows Fr. Solomon’s pastoral side. He’s a jaded priest and can come across as guarded and cool, but no character is one dimensional. In this scene we see Solomon adeptly identify the pain or hardship in Sheila’s life and he responds in a way that is tailored to where she happens to be spiritually. In more succinct words: she does not go to church, so Solomon brings church to her–but in a gentle, non-preachy way.

At the Poets & Writers INK meeting, I received questions not only about the contents of my book, but about my publishing experience. It was encouraging to sit and talk with such a keen and passionate group.