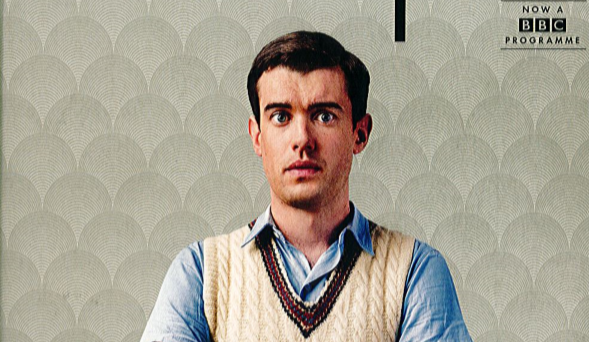 Published by Christopher Adam on February 27, 2020

With his signature sardonic humour, Evelyn Waugh takes aim at the hypocrisy, corruption, artifice and pettiness that underpins the English class system and public education in the early twentieth century. Set at a boarding school in Wales, Waugh pulls away the curtain of pretense to reveal a set of deeply flawed characters and misfits, who populate a narrative that reads mostly like a farce. The book is centred on the likeable protagonist Paul Pennyfeather, who seems to take the injustice and misfortune that he experiences with a stiff upper lip. Pennyfeather is a student of theology at an Oxford college when he gets unjustly accused of public indecency. He is caught running across campus with his pants down after he is stripped of them by a group of rowdy, intoxicated students led by the young Sir Alastair Digby-Vaine-Trumpington, who gets away with the prank thanks to his wealth and status. Unlike the real culprit,  Pennyfeather hasn’t the money to pay off college officials in order to avoid expulsion. He leaves Oxford in disgrace and his aloof guardian in London, charged by Pennyfeather’s deceased parents to hold his inheritance in trust, uses the Oxford scandal to strip him of his allowance and any claim to the estate.

Completely penniless, Pennyfeather follows in the footsteps of all those whose career ends in disgrace: he becomes a teacher at the dubious Llanabba Castle boarding school in Wales. His colleagues include Mr. Prendergast, a dowdy, fatalistic, wig-wearing ex-priest in the Church of England who quits the clergy due to his doubts in the existence of God and only really comes out of his shell at Llanabba Castle when drunk. Pennyfeather’s other colleague, Captain Grimes, is portrayed as a quintessential lowlife. He engages in bigamy and the implicit (as well as very dark) subtext is that he is a sexual predator too. Of this everyone around him seems aware, but largely indifferent–a realistic portrayal of how such issues were handled in British boarding schools. Also present is the butler Philbrick, an outright criminal who carries a loaded revolver at school, headmaster Dr. Fagan, who is uninterested in the quality of the education in his institution, but is highly preoccupied with pleasing and deceiving the school’s influential parents. Present as well is the headmaster’s foul-mouthed daughter, Flossie, his penny-pinching other daughter Dingy and young Peter Beste-Chetwynde, whose wealthy mother pays Pennyfeather to give private organ lessons to her son, and then becomes romantically involved with the teacher.

The height of satire in Decline and Fall is the sporting event organized at Llanabba Castle with the aim of impressing the school’s influential families. Everything about the event is a fraud. Neither the students nor the teachers care to be there, the results of the athletic competitions are fixed, the hired Welsh band is an embarrassing ragtag lot, and the elites present at the event are vapid, callow and racist to no end. Mrs. Beste-Chetwynde shows up with her Black love interest, whose presence evokes reserved disdain from most of the guests and whose treatment by his wealthy lover is itself deeply condescending. Speaking to Lady Circumference, she notes: “Chokey shot a man at a party the other night. He gets gay at times, you know. It’s only when he’s on his best behaviour that he’s so class conscious.” And earlier Mrs. Beste-Chetwynde remarks: “Chokey thinks religion is just divine.”

At the sports event, the pinnacle of hypocrisy is portrayed by the Welsh band, which refuses to perform hymns and keeps playing Men of Harlech over and over again, due to the scandal of Mrs. Beste-Chetwynde smoking a cigarette. “Blasphemy it would be to play the songs of Sion while the lady at a cigarette smokes whatever. Men of Harlech is good music look you,” declares the Welsh stationmaster to Dr. Fagan. But, mercifully, there is a solution to such blasphemy and it does not involve having the guest put out her cigarette. The stationmaster explains: “But no man can you ask against his Maker to blaspheme whatever unless him to pay more you were. Three pounds for the music is good and one for the blasphemy.” Dr. Fagan pays up and we learn that the band immediately begins a “singularly emotional rendering of In Thy courts no more are needed Sun by day and Moon by night.”

The novel follows the trials and tribulations of Pennyfeather from his time at Llanabba Castle to his unfortunate romantic and business dealings with Mrs. Beste-Chetwynde, and the consequences that follow. Published in 1928, Decline and Fall is Waugh’s first novel; he was merely 25 years old at the time. We see some of the strengths that would define Waugh’s later works in this novel, perhaps most notably the authentic, wonderful dialogue, all of which comes across as exceptionally life-like and natural. We also see evidence of some of Waugh’s enduring political interests and themes: a disdain for American culture, a discomfort with modernity, a sharp criticism of public education, an interest in religion (though this book was written just before Waugh was received into the Catholic Church) and a generally dim, even misanthropic view of contemporary society. Dry humour is also a hallmark of Waugh, and while Decline and Fall is funny, the humour in this book is less mature or developed than in his later works, perhaps especially The Loved One, published two decades later, in 1948.

Reading Waugh’s debut novel provides a representative sampling of the themes that are at the heart of the rich oeuvre of this iconic twentieth century British author.