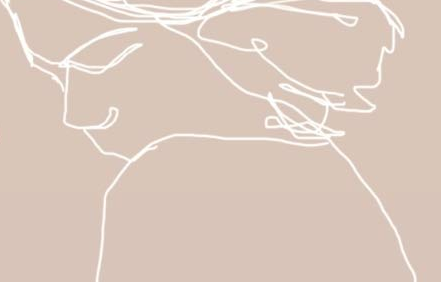 Book Review: So I Wrote You a Poem by David Tensen

Published by Christopher Adam on April 4, 2021

This little collection of poems is very much a product of our times, but with a nod to a bygone era too. Through social media, Australian poet David Tensen invited his readers to submit to him their stories of loss, alienation and trauma — narratives that he then committed to transforming into poetry. As the poet is an avid collector of twentieth century typewriters, most of the poems in this collection were drafted using a mid-century Olivetti Lettera 32. But why use archaic technology to complete a project drawn so thoroughly from a contemporary well? I think the answer has to do with how Tensen views poetry. In contrast to the notion of l’art pour l’art, Tensen’s art very much serves a purpose. It has a pastoral and therapeutic quality; it makes seen those who the institutional Church and society render invisible and neglected, and it seeks to restore their dignity.

David Tensen’s So I wrote You a Poem is pastoral care in verse. The poet’s starting point is faith, but scattered on the path are pebbles and stones of uncertainty and doubt, and the stumbling blocks of religious shame. The collection opens with a wonderful introduction and each thematic section begins with a thoughtful reflection. On religious shame, Tensen first acknowledges how central a role it played in Christian thought and how it has been instrumentalized, while also exploring its very different purpose in the context of a heroic early Church. Tensen writes:

Christianity is my context, and I must say, we have a history terribly rich with shame…Shame has an interesting role in Western society because of the way Christians have employed it over the centuries as a means of social control, or an unwanted feeling that needs to be assuaged. In the early church, particularly during times of heavy persecution, shame was to be embraced and transformed into something glorious that, in a way, shamed the shamers.

Outside the context of a heroic Church, shame is ultimately weaponized by the institution. Tensen strives to “highlight its hideous face,” especially in how people with disabilities or how sexual minorities have been treated. Writing about sexuality, Tensen notes:

Religious shame plays its terrible hand as a dignity thief, along with a skewed theology and a terribly poor dialogue around sex and sexuality in the church. In the violent wake of the same-sex attraction debate lay thousands of lives strewn and despised…Personally, I have a strong sense that Jesus refuses to march with oppressive armies that use an alchemy of religious shame as a weapon. Instead, he can be found as the co-suffering Christ and healer of hearts in the field of the wounded…

One of the most striking poems in this anthology explores a parishioner in a wheelchair attending a religious service, and the Christians around her who are uncomfortable with her disability. “It’s like you are more troubled with God not healing me, than I am,” we read. The poem’s tone, as many others in this section, is not afraid to come across as piercing — a type of tersely-worded J’accuse.

Building on his professional experience working with clergy burdened by unrealistic expectations, fatigue, loneliness, stress and deteriorating mental health, Tensen shares a poem about a suicidal pastor. “And the sheep had no idea their shepherd had leant over life’s edge and was staring into the relief death was offering,” we read, and it’s hard not to think of the Parable of the Lost Sheep. In Jesus’ parable from Matthew and Luke, the shepherd cares for the well-being of each and every sheep so much, that he is willing to leave his flock of 99 to search for one that was lost. Each life has value. In Tensen’s poem, it’s the shepherd who roams off quietly and teeters on the edge of life.

David Tensen suggests in his introduction that poetry is the “leading language of lament.” At the same time, this modest anthology offers more than a sliver of hope. Here’s a gifted author who thinks deeply and cares for his readers so much, that he turns his art into pastoral care for the stranger standing at his virtual door.